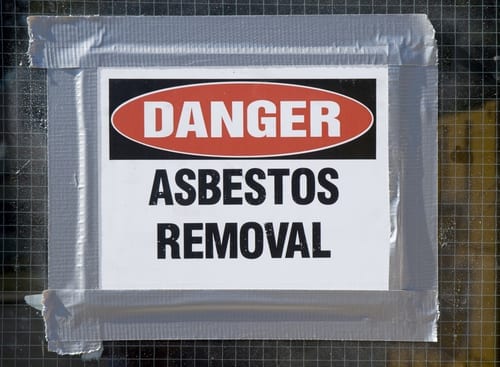 On December 30th, 2018, Canada formally introduced The Prohibition of Asbestos and Products Containing Asbestos Regulations. With some exceptions, the new set of rules prohibits the import, sale and use of asbestos as well as the manufacture, import, sale and use of products containing asbestos in our country. Many Canadians applauded the comprehensive ban of the toxic substance. For others, however, the ban came far too late.

Prime Minister Justin Trudeau had announced plans for the ban back in December of 2016. But for so many people who have developed lung diseases or who have family members who have passed away due to complications with asbestos, Canada has been considered negligent in protecting its citizens.

On August 24th, 2019, the European island which includes England, Scotland and Wales celebrated the 20th anniversary of its asbestos ban. However, as Laurie Kazan-Allen of The U.K.’s The Morning Star reports, there truly wasn’t a whole lot to celebrate. She refers to the two-decade milestone as a “bloody anniversary”.

According to Kazan-Allen, “the tragic legacy of Britain’s love affair with asbestos continues to haunt the country today with widespread contamination of public buildings, commercial premises, private residences and social housing.”

The impact of asbestos exposure is long-lasting.

Britain’s asbestos ban is similar to the one Canada implemented just over a year ago. It prevents the manufacturing, importing or use of asbestos on the island. However, what it can’t prevent is the potential exposure of its citizens to the asbestos that already exists in its older buildings. When disturbed, say through a renovation process, asbestos fibres can become airborne and lodged in the lungs of people who inhale them.

The result is such incurable diseases as lung cancer, asbestosis and mesothelioma. “The human cost of the asbestos industry’s profits are measured annually by the Health and Safety Executive which noted in July, 2019, that the number of deaths from the signature cancer caused by asbestos exposure, mesothelioma, were 2,595 (in 2016) and 2,523 (in 2017); when other asbestos-related deaths are added, the total of avoidable asbestos deaths per year were over 5,000,” reports Kazan-Allen.

What can Canadians do to keep safe?

First and foremost, a test of your home or office must be conducted before doing any renovations, remodelling, demolitions or additions. You want to ensure that there is either no asbestos in the building or that it is removed before beginning any work. Removing the asbestos yourself is unwise. It will significantly increase the risk to your health. It is especially important to use caution if you have vermiculite-based insulation in your attic, as it may contain asbestos.

To help you and your loved ones to avoid exposure to asbestos fibres, the Canadian Centre for Occupational Health and Safety recommends that you follow some strict rules. They include not allowing any children in the attic; not using the attic for storage or any other use; hiring trained professionals who have experience handling asbestos; sealing all cracks and holes in the ceilings of the rooms below where the insulation is located and caulking around light fixtures in the attic hatch. This will prevent the insulation from falling through.

Get in touch with Enviro-Works Inc. to learn about how we test for Bulk Asbestos. Please don’t hesitate to call us at 780-457-4652 or email us at info@enviro-works.com.