Preventing Mould Growth In Your Home All Winter Long 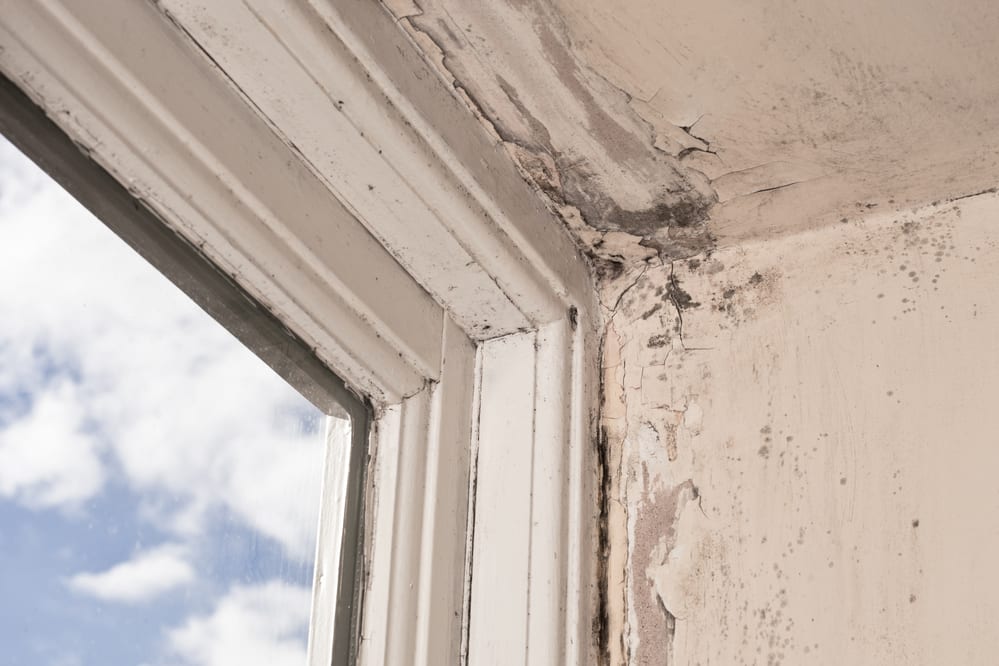 For nasty mould to rear its ugly head in your home, it requires a particular set of conditions. A dark, damp, warm and humid location with little to no ventilation will generally do the trick. This is why mould growth should be a particular concern of yours during the winter months.

When it’s cold outside, we tend to shut the windows and turn up the heat, right? This presents the conditions necessary for mould to grow. With indoor warmth comes the strong possibility of condensation forming on the windows. Add leaky roofs due to snow melt to the equation and you have those all-important wet spots to set the perfect situations for mould to develop.

What can you do to prevent mould growth in your home throughout the winter?

“If you have all the fans in the house set this way, cold air is pulled up and warm air is drawn downward, which not only keeps your home warmer but keeps the utility bills lower too,” explains ServiceMaster NCR, “Your furnace won’t have to turn on as often, so your budget will thank you. Ceiling fans move air around, which keeps condensation from building up on cold walls and windows, which is another source of mould growth.”

Following a snowstorm, leaks in your roof can become a serious issue. Once the white, fluffy stuff starts to melt, you can end up needing several buckets to prevent your home from becoming a wet disaster area. Melted snow leaked through your roof can create brownish stains on the walls and the ceiling pretty quickly. The onset of mould doesn’t take very long. It’s important to dry any and all wet areas as soon as you see them.

“Many parts of the house—windows, mirrors, plumbing pipes— tend to be chronically damp in winter due to ongoing condensation,” informs Rytech, “Quickly removing moisture with a towel prevents these areas from becoming potential focus points for mould growth.”

Use exhaust fans in your kitchen and bathrooms.

Don’t take the exhaust fans in your kitchen and bathrooms for granted. They’re in there for a reason. Both rooms are prone to have a lot of moisture. Without turning on the fans, the moisture created from cooking and bathing is more susceptible to pooling. This creates greater chances for mould to develop.

“Proper air circulation doesn’t allow moisture to build up and feed mould spores because the fans remove it to the outside,” says ServiceMaster NCR, “Cooking and bathing create more steam in winter because there’s a greater temperature contrast between the indoors and outdoors. Be sure to use exhaust fans every time you cook or bathe and consider keeping dehumidifiers in these rooms to help with mould control.”

Are you concerned about a mould problem in your home?

At Enviro-Works Inc., we specialize in detecting mould using a number of methods. Our state-of-the-art laboratory services include detection of Mould In Air as well as through sampling bulk materials, using tapelifts and swabbing, also known as the Bulk/Tapelift/Swab methods. For more information about our Mould Testing, please don’t hesitate to call us at 780-457-4652 or email us at info@enviro-works.com.