Finding Natural Ways To Attack The Mould Problem In Your Home 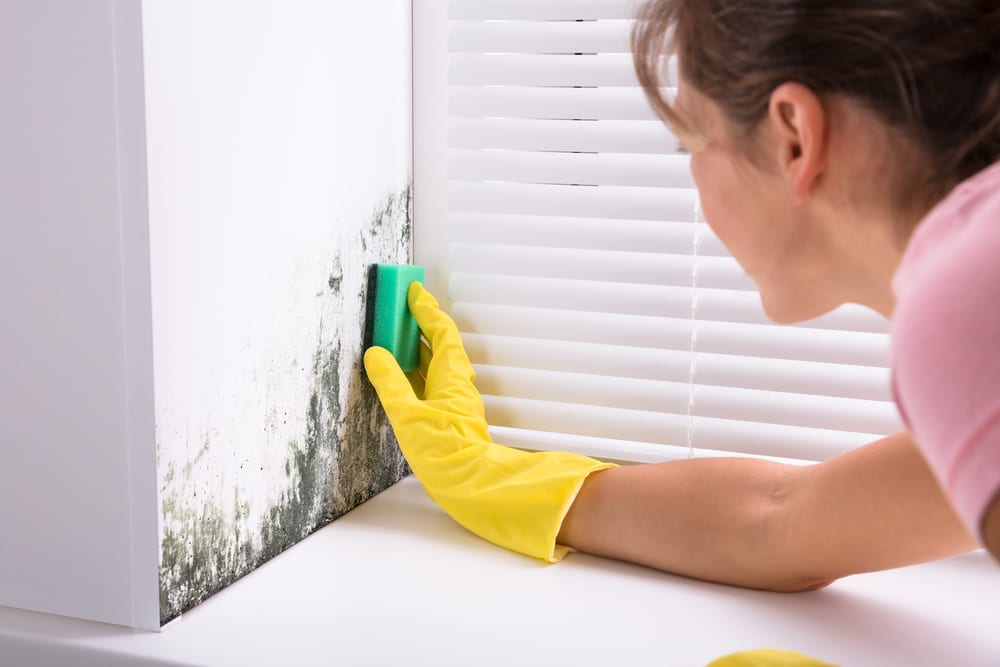 Have you found mould growth in your bathroom? Is it stuck between the tiles and hard to remove? Is mould appearing around your windows and other places where condensation occurs? It’s time to attack it before it makes you sick! Mould is known to trigger allergies, create sinus infections, invoke asthma symptoms and irritate our skin.

It’s important to find ways to eradicate mould from your home. And harsh chemicals aren’t necessary to get the job done! It just so happens that there are many natural ways to attack and destroy mould for good.

Plain white vinegar is an effective mould-removing solution. Considered one of the world’s best all-natural cleaners, vinegar is a naturally antimicrobial solution. Because of this, it’s not necessary to mix it with water or any other cleaning products. All on its own, vinegar kills and dissolves mould and fungus. It’s also a very inexpensive and easy-to-use solution.

“Simply fill a spray bottle with vinegar straight up,” instructs Kirsten Hudson on OrganicAuthority.com. “No diluting! Spritz the vinegar directly on the mouldy spots in your home. Let the vinegar sit for a while and then wipe away the vinegar, mould and all. Repeat as needed.”

A natural, yet powerful fungicide, tea tree oil helps to remove mould and keep your home smelling sweet at the same time. Simply place about ten drops of tea tree oil in a spray bottle filled with water. Spray the solution on all of the mouldy areas of your home and let it sit for a while. Soon enough, you’ll be able to wipe away the mould completely.

On NaturalLivingIdeas.com, Janice Taylor champions tea tree oil as a top natural mould removal solution. She offers up some advice on how to maximize its effectiveness. “You’ll still have to scrub a bit, but with repeated use this all-natural cleaner will kill the fungus and help to prevent future growth,” she explains, “Remember: You’ll have to shake this mixture well before each use as the oils will separate.”

The popular alcoholic drink is good for more than just getting the party started! Taylor points out that the most inexpensive versions of vodka make for the best cleaners. This is because they are filtered less, distilled fewer times and therefore, “contain more congeners like acetaldehyde which is exponentially more toxic (about thirty times more so) to unwanted fungus than ethanol.”

Hudson agrees and offers up some helpful instructions. “Pull out that vodka from your liquor cabinet and pour it into a spray bottle,” she advises, “Don’t worry. You don’t need to grab the top-shelf stuff. The cheap kind actually works better for cleaning. Spritz the vodka straight on mould to put it into a drunken stupor. Let the vodka work for a while, and then use a rag or sponge to wipe away the mould.”

Does your home’s mould problem need some extra special attention? At Enviro-Works Inc., we specialize in detecting mould using a number of methods. Our state-of-the-art laboratory services include detection of Mould In Air as well as through sampling bulk materials, using tapelifts and swabbing, also known as the Bulk/Tapelift/Swab methods.

For more information about our Mould Testing, please don’t hesitate to call us at 780-457-4652 or email us at info@enviro-works.com.